Up to four modem banks may be connected on one side, with up to four base stations on the other side. The signal routed to and from each base station may be individually attenuated, so as to test operating under varying conditions and to trigger handover. 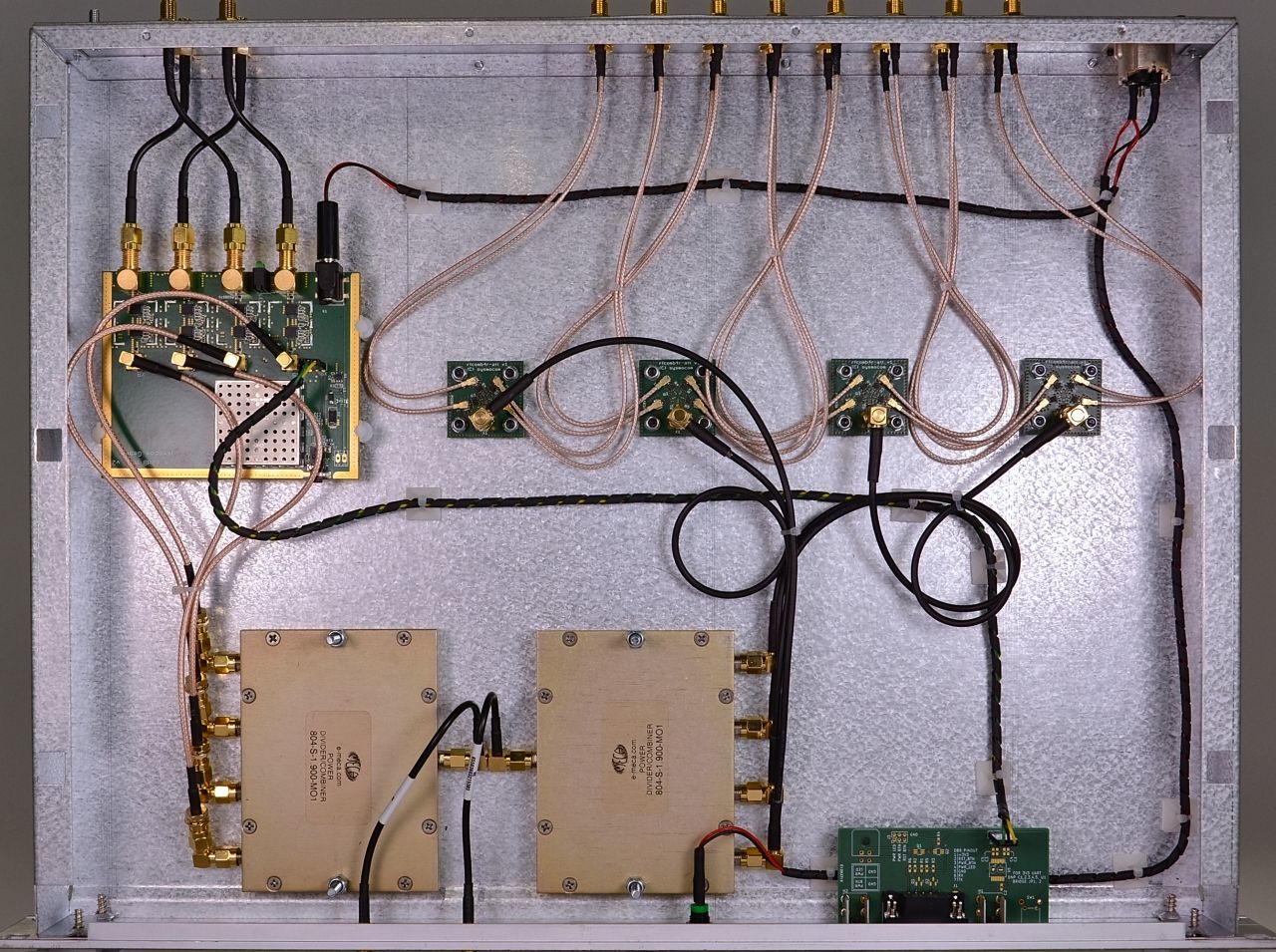 Up to four base stations may be connected via a 4-channel digitally controlled RF attenuator, which is in turn cabled to a 1:4 RF splitter/combiner, with a single connection from this to a front panel mounted SMA connector.

In typical operation a link is connected across the two front panel SMA connectors, bridging the two networks. However, this link may be removed in order to allow other equipment to be inserted into the RF path, such as a fading simulator, for example.

A single CIRF4x16 may support up to four base stations plus sixteen cellular modems in SISO operation, and two units may be used for 2x2 MIMO etc.